Saudi Arabians are angry at a McDonald's toy which they say mocks their prophet Muhammad. According to a report appearing today (5/27/12) on the Arabic news website, Kermalkom.com, the McDonald's fast food restaurant "abused the Prophet Muhammad by placing his name at the base of a toy that is being distributed as part of the Happy Meal, a toy which steps on the name 'Muhammad.'"

The toy consists of a blue superhero figurine (apparently a Power Ranger Samurai). It stands on one leg, and, when the lever is pressed, it pounds on the base with the other leg. According to the Saudis, the designs that appear all around the base, where the figurine stomps its foot, is really the name "Muhammad" written several times in circles (click here for pictures).

The toy had been distributed a few days before Saudi children and their parents began to take note of the name.

Soon thereafter, Saudi Muslims launched several campaigns against McDonald's in "response to the savage attacks on the noble Prophet" under banners like "Help your Prophet!" and "Together in support of the Prophet."

Saudis, "demanding the strongest possible punishment for the restaurant" and insisting that "they will not be silent until this is realized," further complained how such an obvious insult could pass the supervision of the management at McDonalds.

In response, "Saudi McDonald's" has withdrawn the toy from all its restaurants, "in order to safeguard against any accusations or misunderstandings." 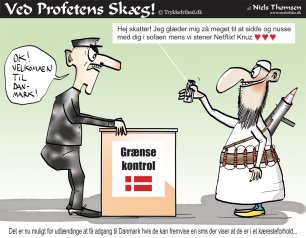