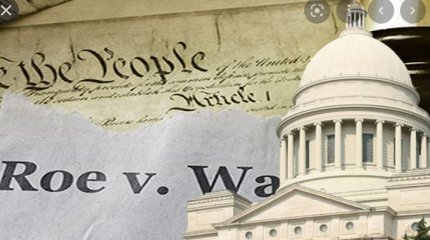 Democrats can only blame themselves if Roe v. Wade is overturned as it amounts to presenting yet another very substantial argument to the pro-life activist if one, as is the case with e.g. the City Council of New York January 2019, is so enthused about the state parliament passing The Reproductive Health Act which makes abortion an option for women till the 40th week of pregnancy, that it must be celebrated with pink illuminations on top of One World Trade Centre.

Judging from the very superficial coverage offered by leftist American media and, in the wake thereof, the Danish ones among others, on the violent protests following the draft leaked from the American High Court Justice Samuel Alito, we must understand these protests as an understandable reaction to unsympathetic attempts by the Christian part of USA to block free access to abortion – to the detriment mainly of less privileged minority women.

No doubt the 1973 Supreme Court decision Roe v. Wade, the main point of strife, has been a sore point to many Americans since its application. Based on a vague legitimation on the right to privacy from the 14th amendment of the American Constitution free access to abortion was made universal in American context.

The US being a republic and Washington having increasingly, since the 1930’s, amassed ever greater power for itself at the expense of the states, many felt that this federal decision on an ethical and already controversial matter was forced upon them. Particularly so in republican and Christian circles.

We know the classical positions in debates on abortion from homegrown discussions in our part of the world. The notion of respect for life and its inviolability on the one side over against modern philosophies of rights and, not the least, a woman’s right to decide for her own body.

Unlike in the US, we have, in Denmark, handled things in a pragmatic way which most of our citizens feel comfortable with. We have realized that an abortion is the lesser of two evils as lack of this free access to abortion these abortions would be made anyway somehow, and we have therefore tried to minimize damage (allowing for this admittedly absurd expression) done to the foetus as well as to the pregnant woman by allowing abortion until the 12th week of pregnancy.

Not so in the US. What journalists forget to mention is the fact, that the American regulations around abortion are worldwide by far the most liberal as seven states have no limits whatsoever.

Furthermore, in 22 states abortion is allowed at a time, where the foetus would still have survived; another state has a timeline of 25 weeks, 4 states at 24 weeks, another 15 states at 22 weeks, one state by 20, yet another by 15 and, lastly, Texas having their limit by the 6th weeks of pregnancy.

All these figures need to be mentioned for their marked contrast to the Danish one of three months.

Additionally, one has to add another two weeks to the American standards as they are counted from the time of fertilization and not – as the Danish 12 weeks – from first day of last menstruation.

These figures fully explain why the fight against abortion has become so heated and that more fuel has been added through the years to the fire of pro-life campaigners as first-hand reports of aborted foetus lying there screaming as well as published pictures of otherwise healthy foetus being cut to pieces having reached the public.

This makes it difficult to follow the Democratic lobbying for the abortion. It appears callous. Barbaric. And it will most likely make still slightly hesitant Pro-Choice supporters rethink their position. How could the city council of New York three years ago cheer over a legal regulation, that allows women free access to abortion in the 40th week of pregnancy and opine, that this should be celebrated with pink illumination of One World Trade Center?

In which soil has this cynicism grown?

Unless particularly grave circumstances indicate an abortion at a very late point of pregnancy one might advice the mother to have her child fully born and let it be adopted, as Pro-Life campaigners have always recommended.

According to statistics provided by the Centers for Disease Control and Prevention (CDC) around 1.4 mill legal abortions are made in the US annually. 38% of these are performed on black women although Afro-Americans only form 12% of the American population.

It appears rather strange that this does not – as quite a few haven’t hesitated to bring forward with a certain sarcasm – provoke the usual angry activists to demonstrate in front of abortion clinics and shout ‘Black Lives Matter’.

But maybe black lives do not matter so much after all? In his book Liberal Fascism (The Secret History of the American Left; from Mussolini to the Politics of Change) Jonah Goldberg cites several appalling cost-benefit analyses of the liberal access to abortion. Among others he quotes Steven Levitt, a Chicago University Economist, who in his book Freakonomics from 2005 reasons that free access to abortion means less unwanted children and since unwanted children means higher criminality voilà: abortion cuts crime.

Although the author avoided any reference to race, in this case Afro-Americans high percentage of performed abortions as well as committed crimes, his message came through to most people.

Back in 1992 Nicholas von Hoffmann, who is a journalist and author, argued straight forwardly in an article in the Philadelphia Inquirer that free access to abortion should be seen as a social defence, a kind of emergency self-defence and that any woman become pregnant against her will should be encouraged to abort her child before it would turn into a monster pestering life for the rest of us.

The greatest icon of Pro-Choice activists, the nurse Margaret Sanger (1879-1966), was until three years ago worshipped as a saint and considered the pioneer in the field of family planning as well as modern feminism.

Sanger founded the American Birth Control League in 1921 (since 1942: Planned Parenthood), and she was quite a character. Apart from having exceptional difficulties in taking care of her own children, which she readily admitted, she, under the pretence of advocating Reproductive Freedom and heavily inspired by the American sociologist and notorious racist Edward A. Ross, advocated forced sterilization of ‘the unfit’ while regulating procreation of the rest: “More children from the fit, less from the unfit – that is the chief issue of birth control” she wrote in her 1922 book The Pivot of Civilization.

It is hard to translate this message into anything matching “My body – my choice”, which is the very point her converts praise her for.

During Sanger’s time as editor of the magazine Birth Control Review and later as well, room was given to a host of articles dealing in detail with race hygiene applauding the work of German Nazi’s in this field. And she participated in a KKK rally in Silver Lake in New Jersey 1926.

For fairness’ sake it should be noted though, that Margaret Sanger abhorred abortions which she too found barbaric and which she thought not even (her own words) “the degenerated children of unfit parents deserved”.

Planned Parenthood has a different view on abortion: in 600 clinics, distributed all over the US, but mainly in areas with many black and coloured people, they do around 324.000 abortions annually as the main agent in this field. Several women, who have visited the clinics which do sex education and counselling as well, explained how they had experienced attempts at being manipulated into giving up their pregnancy.

Since the turmoil following the police killing of George Floyd in 2019, which added momentum to the Black Lives Matter campaign, and the accusations forwarded of structural racism in the US, a remarkable silence has enshrouded the name of Margaret Sanger. A spokesman from Planned Parenthood has later announced the removal of Sangers name from their clinic on Manhattan. Likewise, the organisation seems to have eased out their “highest honor” – the Margaret Sanger Award – which earlier on was awarded Hillary Clinton and Nancy Pelosi in recognition of “leadership, excellence, and outstanding contributions to the reproductive health and rights movement”. No presentation of this award nor of earlier recipients of it are now to be found on the homepage of the organisation.

The grouping Students for Life some years ago organised a campaign to call attention to still existing places in public space carrying the name of Sanger. They appealed for removal of her bust from the National Portrait Gallery as well as renaming the Margaret Sanger Square in New York and removing her statue by the Freedom Trail in Boston.

This feels right in the first place, yet it is once again – again - cancel culture – only now from an opposite camp.

And Planned Parenthood and Pro-Choice campaigners should not get away with this that easy. Have Margaret Sanger stay where she is, so that many more may know about her and about the rotten past of progressive America. Know what nourished the most hardcore abortion campaigners and – not the least – why the opposition is so poignant in the remaining population in the US. 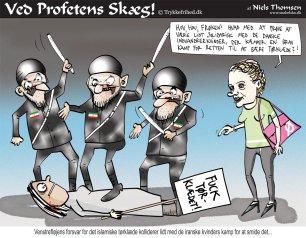