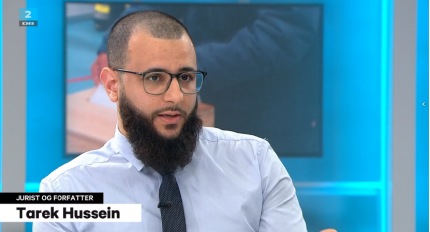 It is striking that practicing Muslims who claim that it is possible to reconcile Islam and democracy are not required to make arguments for their claim. It is otherwise a basic premise of all democratic debate that one must argue for one's claims and be willing to debate them with others.

On December 29, pundit Eva Gregersen wrote an important column in the Danish newspaper Information.
Here she wondered that the practicing Muslims who are active in the public debate on Islam consistently
avoid - or directly refuse - to answer completely elementary questions about the inherent conflict between
Islam and liberal democracy.
More specifically, Eva Gregersen&#39;s chronicle is based on columnist Tarek Hussein&#39;s often asserted claim that
it is possible to unite Islam with democracy. A claim he lacks to substantiate, and which he, like other so-
called democratically minded practicing Muslims, does not feel obligated to substantiate either.
But Eva Gregersen insists, and she therefore poses in her column 5 key questions, a litmus test of the
fundamental conflict between democracy and Islam, which must be answered by Tarek Hussein and other
practicing Muslims in the public debate, which takes the same position. The questions are:
1. Does power emanate from the people through a constitution based on the ideas of Enlightenment
philosophers like Locke, as it does in a liberal democracy? Or does the power emanate from God
through holy scriptures, as it does in an Islamic state?
2. Are religion and politics separate? Or are there a wide range of aspects of social organization that
God has determined and handed down to people through the Prophet Muhammad, and that it is
not up to us humans to deviate from?
3. Is there equality before the law? Or should there be different rights and taxes for citizens depending
on their gender and religion?
4. Is it always permissible to renounce Islam, as freedom of religion dictates? Or are there
circumstances under which apostasy is punishable?
5. Is it permissible to make fun of religious precepts - including the Prophet Muhammad - in the name
of freedom of speech? Or is it a crime to mock and ridicule what is most sacred to Muslims?
So far Eva Gregersen has not succeeded in getting Tarek Hussein to answer these 5 basic questions, which
otherwise should be quite simple to explain.
It is of course striking in itself, but what is more striking is that no one else, including not least Politiken,
where Tarek Hussein has been a regular columnist, insists on getting an answer to these 5 core questions.
It&#39;s otherwise not because there has been no reason for it: in the two months that have passed since
Information brought Eva Gregersen&#39;s chronicle, it has been diligently debated, and as far as I know, no one
has denied or argued against the validity of her 5 core questions. So why don´t any of the media that
provide space for Tarek Hussein and his like-minded find it urgent to get answers to these questions?
Maybe we got a part of the answer on February 21, when Ali Aminali hosted Eva Gregersen in his radio
podcast Ali´s Homeland: Ali Aminali, who himself has Muslim background, asked Eva Gregersen if the
questions are not too difficult to answer and very philosophical and / or ideological. He referred in this
connection to the fact that many Muslims - including imams - had withdrawn from the public debate
&quot;because they thought there were too many issues to deal with&quot; or because they felt accused.
In that sense, Eva Gregersen&#39;s 5 questions nail the core problem between democracy and Islam in more
than one sense: they are de facto impossible to answer for a practicing Muslim who is either forced to
disselect either democracy or Islam. In that sense, the questions are rhetorical and form 5 Gordian knots

that combined expose the incompatibility between democracy and Islam. But her question is at the same
time a revelation of how much and to what extent Muslim debaters are allowed to push unchallenged
nonsense in the public debate to a degree and extent that no one else is allowed to.
The basic premise of a democratic debate: to produce arguments, does not apply to Muslim so-called
debaters who, as Ali Aminali implied, have had great success in playing the victim card, withdrawing from
the public debate - and blaming &quot;…very difficult, philosophical and ideological issues ”.
It is obvious to ask whether Tarek Hussein&#39;s unwillingness to enter into debates about his own claims
reveals that the absence of debate culture and free and critical exchange of views in Islam is so ingrained
and so impossible to change that even 3rd generation Muslims cannot embrace it?
The question flutters in the wind, and will do so for as long as Tarek Hussein and his like-minded people
submit to the same rules of the game for debate as everyone else.