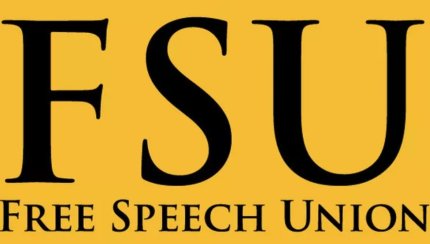 If you want to call yourself a champion of freedom of speech, you must defend free speech for all - not just the upper class and the part of the working class that is not too unaesthetic and vociferous. Free Speech Union does not.

A couple of years ago the prominent English journalist Toby Young founded his Free Speech Union with a view to create a counterbalance to the repressing Maoist climate, which he thinks pervades British institutions, both public, universities, and political as well as mainstream media. Toby Young wanted his Free Speech Union to stand up for all those affected by the intolerant, cultural Marxist predominance; all those who have had their career ruined by having said or written something deviant from or in direct opposition to the dogma of the cultural elite.

This is all very well as a point of departure, but rather elitist too. Who is it then, who are hit by the cultural Marxist dogma and predominance in the public institutions? They are the journalists and the academics in the so-called chattering classes who suddenly find themselves in a tight spot in the very segment they always belonged to and adhered to. But definitely not that working-class, which, if any, is hard pressed by a quite different segment than the said cultural Marxist predominance in the public institutions.

It is self-evident that Tommy Robinson is not a member of Free Speech Union. I quite frankly do not know if he ever applied, but it is obvious, that he is not welcome even if Toby Young will not formally exclude him. And Tommy Robinson would evidently not be able to meet the lofty requirements of Free Speech Union, which suggest its members not to criticize other parties merely to stir up quarrels nor to criticize on grounds of ethnicity nor religious grouping. And one cannot be a racist, which Toby Young seems to deem Tommy Robinson to be. Unable, though, to bring any examples of racist utterances forward except remembering, he thinks, that Tommy Robinson “strongly suggested the existence of a direct link between being a Muslim and having joined a grooming gang.”

But if Tommy Robinson would merely renounce his racism, abjure any connection between Islam and systematic rape of English girls and – by the way – sign the obliging values of Free Speech Union he might, so Toby Young, be accepted.

Anyone with the slightest acquaintance with Tommy Robinson knows, that he is not a racist. But this is not even the cardinal point about Toby Youngs hesitance to accept him as a member. What is significant is whether or not Free Speech Union is what it claims to be: an organisation defending free speech? Fighting for the right of free speech and, concomitantly, for the right to say even what one might find unpleasant or offensive?

The answer is: No. If anyone wishes to be respected as an organisation for the defence of free speech one can only require members to support free speech within the rule of law. To require a signature as means of access to membership is eo ipso absurd and the very opposite of freedom of speech. It is not illegal to be a racist, to be misogynist nor to criticize other parties for the sake of quarrelling itself. It is possibly improper and a display of poor taste but not illegal. And legal statements should always be defended if you expect people to believe, that freedom of speech is your true and main concern.

Toby Young will surely not agree to this verdict on his project. He thinks, obviously, on the contrary, that racism, quarrelling, lack of manners and sophistication is beyond the limits of free speech. In an interview with Triggernometry he insists, that Free Speech Union supports people from all walks of life. He brings forth as an example a train driver from West Midlands who was fired for writing on Facebook “Thank God the pubs are reopening I didn’t want to live in a Muslim alcohol free caliphate”. Definitely a good example of unfair dismissal. But, unfortunately, a rather lame example as well compared to the oppression and the consequences thereof which the victims of Pakistani (Muslim) grooming gangs are subjected to. There are hundreds, well thousands of English girls and women, who are in much greater need of the Free Speech Union. But they never get a helping hand because Tommy Robinson says the assaults, they were exposed to, were directly related to Islam.

Today, two years after the foundation of Free Speech Union, it stands out clearly, that our early worries in the Danish Free Press Society have been justified. Free Speech Union is de facto an upper-class project, which was never designed to be anything but an association for the learned only. For those, who can behave courteously, with manners and a decent climate in debate untainted by any of the more repulsive and less esthetical problematics which the English working-class and lower strata of society are subjected to and struggling with.

However sympathetic be Toby Young and the basic idea behind The Free Speech Union: in this sense it proves yet again, that the English class society is an obstacle to the very Rule of Law.