Saudis Coming to a School Near You

Some Americans have been aware of the fact that 15 of the 19 terrorists involved in the September 11, 2001 attack were Saudis.

As stated in July 2002 private briefing by a Rand Corporation analyst – not representing the official views of Rand – this was “not a coincidence”. The briefing went on to claim that “The Saudis are active at every level of the terror chain, from planners to financiers, from cadre to foot-soldier, from ideologist to cheerleader. ... Saudi Arabia supports our enemies and attacks our allies.” It went even further, describing Saudi Arabia as "the kernel of evil, the prime mover, the most dangerous opponent" in the Middle East.

Saudi Arabia has long had an ambition “to spread Islam to every corner of the earth”, and it is an Islam founded on the teachings of Sheikh Muhammad ibn abd al-Wahhab (1703-1787, ed.). To this end, Saudi Arabia has funded, for the last 30 years, the creations of schools, madrassas, and academies. A book published in 1995 by the Saudi Cultural Mission to the U.S. explains how students are taught early on that their prime allegiance is to Islam, and that they should denounce any system that conflicts with Islamic Law, the Sharia. The students also have an incumbent religious duty to spread Islam throughout the world, a fundamental pillar of the Saudi educational system, even if it means fighting “physically”.

According to a weekly news magazine published online on March 1, 2002 by the Saudi royal family, "The cost of King Fahd's efforts in this field has been astronomical, amounting to many billions of Saudi riyals. In terms of Islamic institutions, the result is some 210 Islamic centers wholly or partly financed by Saudi Arabia, more than 1,500 mosques and 202 colleges and almost 2,000 schools for educating Muslim children in non-Islamic countries in Europe, North and South America, Australia, and Asia."

The Virtues of Wahhabi Islam

An Islamic Academy, now known as the Islamic Saudi Academy (ISA) was established in Washington D.C. in, significantly enough, 1984, and in 2002 was said to teach 1200 students, representing 29 nationalities, about the virtues of Wahhabi Islam. As early as the 1990s, various analysts had pointed out the hatred present in Islamic textbooks used in these academies – textbooks that preach intolerance of Christians, Jews, and all non-Muslims, the necessity of killing homosexuals, the superiority of Islam, and the duty to spread Islam through Jihad in the military sense. The Islamic Saudi Academy is but one of 20 Saudi-funded schools in the United States.

On June 11, 2008, the U.S. Commission on International Religious Freedom (USCIRF) – a bipartisan federal body created by the 1998 International Religious Freedom Act to monitor the status of freedom of thought, conscience, and religion or belief abroad, as defined in the Universal Declaration of Human Rights, and to give independent policy recommendations to the President, the Secretary of State and the Congress – issued a damning report on 17 textbooks used by the ISA  Though the Saudi government had turned over the textbooks used at the ISA to the State Department, the latter has not made them available to the public or even USCIRF. Nonetheless, USCIRF “managed to acquire and review 17 ISA textbooks in use during this school year from other, independent sources, including a congressional office. While the texts represent just a small fraction of the books used in this Saudi government school, the Commission’s review confirmed that these texts do, in fact, include some extremely troubling passages that do not conform to international human rights norms.” 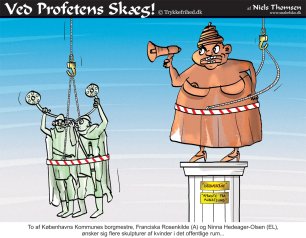