Why will the Jewish community not participate in our debate on anti-Semitism in Denmark? 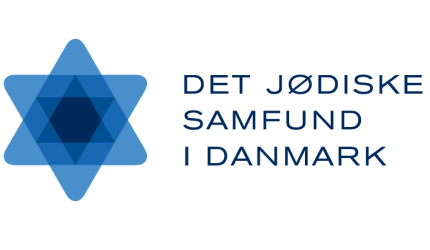 It is odd that the Jewish Society, which has obviously put a lot of work into documenting abuses against Danish Jews, refuses to come and talk about the problems, when we in the FPS reacts to the information by arranging a public debate on anti-Semitism in the hope of shining a light on the issue.

I have had a very strange experience in connection with the planning of the Free Press Society’s meeting on Tuesday on anti-Semitism in Denmark.

A crucial documentation of the rising anti-Semitism in Denmark is the report on "Anti-Semitic Incidents" which the Jewish Society prepares approx. once a year. The "incidents" cover everything from verbal harassment and shame, to violent assaults - and the latest report, which covers 2018, shows an increase of 50% from the previous year. This is a frightening increase, made no less frightening by the fact that the hidden figure is probably a great deal larger.

It was therefore obvious to invite the chairman of the Jewish Community, Henri Goldstein, to be a panelist at the meeting, so that he would have the opportunity to elaborate on the disturbing increase in the number of attacks on Danish Jews. But, surprisingly, he did not wish to participate. Or rather: he would only come if there were also representatives from the Left in the panel.

We would very much have liked to have a representative from either the Red-Green Alliance or the Socialist People´s Party in the panel. Not least because the left wing's hatred of the state of Israel is so striking, and because the political Left has a strange appeasement attitude towards anti-Semitism - probably because almost all violent attacks on Danish Jews are committed by Muslims.

We therefore tried hard to get a representative of the left to come to the meeting, but no matter what day we proposed to MP´s from the Red-Green Alliance, or no matter who we asked, no one could that day. Our repeated inquiries to the Socialist People´s Party were simply never answered.

I would like to emphasize that Henri Goldstein was both kind and polite, but his reluctance to take part in the Free Press Society´s debate was unmistakable, and I actually think he was relieved that we could not get representatives from either the Red-Green Alliance or the Socialist People´s Party to participate so that he himself could avoid participating.

It is odd that the Jewish Society, which has obviously put a lot of work into documenting abuses against Danish Jews, refuses to come and talk about the problems, when we in the FPS reacts to the information by arranging a public debate on anti-Semitism in the hope of shining a light on the issue.

And stranger still is that AKVAH, the Department of Mapping and Knowledge Sharing of Anti-Semitic Incidents, now no longer appears as a subdivision of the Jewish Society on their website. AKVAH does still exist, but you have to search specifically for them, and they can no longer be seen on the front page.

There is a strange duality in the Jewish community's attempt to raise awareness of a growing problem: they will - and they will not. They dare - and yet they don’t. And furthermore, adding this strange demand that the support for Danish Jews, and the defense for them must apparently come from a certain political standpoint, and have a special composition for them to accept it.

At the Free Press Society, we believe that open and honest debate is the best way of putting focus on anti-Semitism in Denmark, and we look forward to exactly that when we hold a debate on Tuesday on the subject, with journalist and author Bent Blüdnikow, member of The Citizen Representation for the: Danish People´s Party Finn Rudaizky, human rights activist, and senior researcher Hanna Ziadeh and myself. Katrine Winkel Holm is the chair. 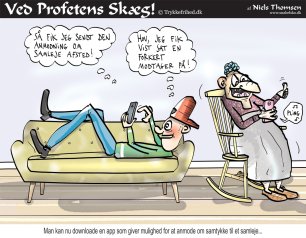