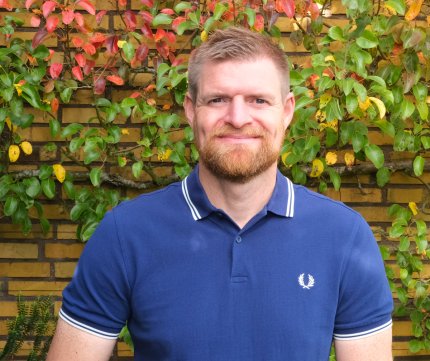 The indictment against Kim Møller adds to the series of lawsuits for violating section § 264 d of the Penal Code, which are now being carried out against a number of Islam-critical participants in the public debate, with blogger Steen Raaschou and debater Jaleh Tavakoli as the most spectacular cases to date.

"I don’t mean to put pressure on you" - said the steamroller to the asphalt.

A current case raises the question of whether the prosecution is being politically abused to interfere with freedom of expression, and whether the provisions of the Penal Code on "violations of peace and honor" are being mobilized for a political campaign targeted at punishing Islam critics:

The other day, an indictment was filed with a claim for imprisonment for up to 3 years against Kim Møller, the man behind the national conservative blog Uriasposten, for unjustifiably disseminating "… pictures regarding someone else's private relationship, or otherwise pictures of the person in question in circumstances that should be able to be withheld from a wider public”.

According to the indictment, Kim Møller should go to prison because he, after a terrorist attack on The Notre Dame Church in Nice in October last year, posted a picture of one of the victims of the terrorist attack on his blog, a 69-year-old French woman whom the perpetrator had tried to decapitate.

The indictment against Kim Møller adds to the series of lawsuits for violating section § 264 d of the Penal Code, which are now being carried out against a number of Islam-critical participants in the public debate, with blogger Steen Raaschou and debater Jaleh Tavakoli as the most spectacular cases to date. They are both accused of having linked to, or shown, the video in which 4 Islamic terrorists behead the two young women who were hiking in the mountains of Morocco.

But not only that: Steen Raaschou was awakened one early morning by 5 police officers who broke into his apartment, lifted him out of bed, confiscated his computers, handcuffed him and drove him to the station, where he had his mouth scraped for DNA and thereafter subjected to interrogation.

Jaleh Tavakoli was notified by the Danish Social Security Administration that her care permit for the 8-year-old foster daughter, who the family had had in care since the girl was 2 days old, would be removed. The decision was based on Jaleh Tavakoli's participation in the public debate and that they deemed that she was "a bad digital role model".

Now Kim Møller is also accused, and in the light of the previous cases, and the verdicts that have been dropped in the past year, even the most conspiracy-resistant must admit that there is something that smells fishy about both the authorities' conduct, and the total one-sidedness in relation to who is chosen for prosecution: it has been exclusively Islam-critical voices.

Why should Kim Møller and his associates be punished for something that others can do freely and with impunity? What is the difference between bringing a picture of the victim of a cruel terrorist attack in Nice - and showing the picture of the man who just shot and killed the Russian ambassador to Turkey standing triumphantly next to the man he just murdered? That image went around the world, and was even nominated as the press photo of the year.

Why is it criminal to link to the execution video of the two young women in the mountains of Morocco - but quite legal to let the video of George Floyd's humiliating last 8 minutes run in a tape loop on the world's media?

How about the worldwide exposure of a small, drowned boy on a Greek beach? No media was punished for it. On the contrary, Chinese artist Ai Weiwei was able to make an installation work out of the tragedy, to great applause.

We do not see the difference, and gradually have the impression of a political elite who share political observance, using law enforcement, and the judiciary, against political opponents. All the more so as the investigation against Kim Møller happened after a review from another media. If the exposure of victims of (terrorist) crimes is such a major societal problem as the accusations against the Islamophobic debaters seems to show - then the police should, much more thoroughly, trawl the media much more systematically. But that does not happen.

The actions of the prosecution are similar to a politically targeted encroachment on freedom of expression, and is thus an unheard of attack on democracy.