In recent years – and in particular since 9/11 – freedom of speech has been shrinking throughout the world. This is true not only in countries where this most basic freedom has been tenuous at best, but increasingly where it was first conceived and long enshrined: Europe, the United States and other countries where Western ideas of liberty have taken root.

It is time to confront and reverse the forces, both internal and external, that are now arrayed against free speech, time to organize not just locally and nationally, but also globally in recognition of the common danger imperiling all free societies. The sole purpose of The International Free Press Society (IFPS) is to defend freedom of expression wherever and by whomever it is threatened.

In order to do this successfully, we must first acknowledge the special, strategic importance of the West as the singular bastion of freedom of speech and other freedoms, for it is against the West that the enemies of free speech are directing their main offensive. They do so for the obvious reason that if free speech is eradicated or even curtailed in the West, there is little hope for it anywhere else.

The stakes in this battle could not be higher. Without the right to express fearless and irreverent criticism, to pronounce ideas that are objectionable to the established order, and to debate openly everything people wish to discuss, societies will lose not only their creative verve, but also the crucial ability to identify challenges and articulate solutions. In this way, democracy, tolerance, and prosperity will give way to degeneration, tyranny, and barbarism. In short, free societies are doomed without free speech.

The threats to free speech are many, but the IFPS rises in response to extraordinary new challenges. At least since the Iranian Revolution of 1979, it has become increasingly clear that powerful and determined forces within Islam are conducting a jihad against the West in order to undermine the Judeo-Christian conception of freedom, which emphasizes religious liberty, individual rights, and equality before the law. This jihad is being waged by more than violent terrorists – the Taliban, al-Qaeda, Hezbollah and their offshoots and emulators. It advances also through organizations such as the Organization of the Islamic Conference and the Muslim Brotherhood that share a common goal with the terrorists: extending the rule of sharia, the Islamic supremacist legal system that empowers men over women and Muslims over non-Muslims, and denies freedom of speech and other Western liberties. This jihad, like all jihads before it, will continue until a sharia-based caliphate rules the world, or until it is defeated.

Defeating jihad, then, depends fundamentally on free speech -- specifically, free speech relating to Islam, including analysis and criticism of its laws and ideology. Under Islamic law such criticism is prohibited. The West, with its robust tradition of self-critical analysis, may know no such prohibitions, but our multiculturally pliant societies increasingly defer to this Islamic taboo, claiming “cultural sensitivity” even as they betray our precious birthright, freedom of speech.

Thus, the threat to freedom of speech is internal and also external, as the politically correct West, increasingly a society that is self-censoring, encounters expansionist Islam, continually a society that demands censorship as a point of religious law.

Opinion leaders in the West, while claiming to support free speech in the abstract, invariably argue against it in cases where speaking freely may “offend” Muslims, in effect acting as enforcers of Islamic, rather than Western, law. In recent years, we have seen Western societies mobilize not only courts of opinion, but also courts of law to protect Islam from criticism and debate, even resurrecting and reconsidering ancient statutes against “blasphemy.” The European Union has advanced a kind of newspeak that would in effect make it illegal to link any totalitarianism or terrorism with Islam. The United States Government has issued similar guidelines prohibiting such linkage in official communications. Meanwhile, the United Nations, including the UN Human Rights Council, has become the engine driving the effort to enforce a worldwide ban on criticism of Islam.

The IFPS rejects all such restrictions on freedom of speech. It does so regardless of the fact that the forces pushing them are globally organized, extremely well financed, politically and institutionally well connected, and skilled in the use of a wide variety of instruments – from the brute violence we know as terrorism, to coercion, bribery, propaganda, and infiltration.

Therefore, the tasks of The International Free Press Society are many and varied. Among them:

•    To serve as an international advocacy group for free speech

•    To propose and coordinate countermeasures against threats to free speech

•    To raise money for the above causes 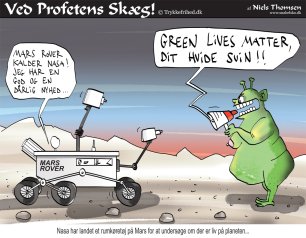