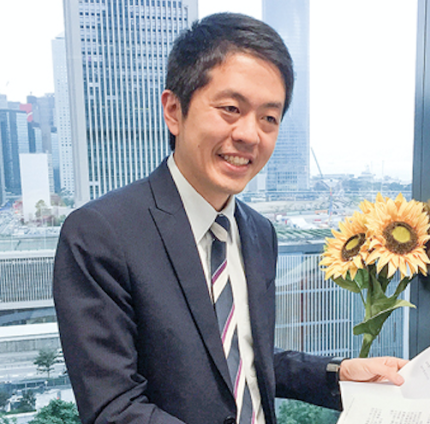 One would think that the Danish government would loudly protest against Communist China's attack on Hong Kong citizens' democratic rights, and go to the breech for the region's brave and peaceful pro-democracy movement - but nothing could be further from the “mind” of the Danish government: one does not want to go up against the Chinese regime.  So little so, that they haven’t even wanted to meet Ted Hui out of fear of provoking China.

On Thursday, the politician and pro-democracy activist from Hong Kong, Ted Hui, defected after a visit to Denmark, where he was invited to a series of fictitious meetings with Danish parliamentary politicians. The background to Ted Hui's decision not to return to Hong Kong is Communist China's rigid incorporation strategy, which in recent months has removed fundamental freedoms, and tightened its grip on Hong Kong's pro-democracy movement: in June, the totalitarian Chinese government passed a "security law" restricting freedom of expression significantly, making it a criminal offense to demand independence from Communist China - and a few days ago, Hong Kong's most prominent pro-democracy activist, Joshua Wong, was sentenced to 13 months in prison for organizing and participating in a peaceful demonstration.

Against this background, Ted Hui – fearing what Communist China's next move might be, understandably chose to defect, presumably in order to lead the fight for Hong Kong democracy from outside its borders.

One would think that the Danish government would loudly protest against Communist China's attack on Hong Kong citizens' democratic rights, and go to the breech for the region's brave and peaceful pro-democracy movement - but nothing could be further from the “mind” of the Danish government: one does not want to go up against the Chinese regime.  So little so, that they haven’t even wanted to meet Ted Hui out of fear of provoking China.

No matter how disappointing and embarrassing it feels that the Danish government clearly does not have the courage to stand up to a totalitarian regime like the Chinese, and condemn the regime's obvious repression of the freedoms we ourselves have built our society on - it unfortunately does not come as a surprise. On the contrary, the government's rejection of Ted Hui lies precisely in the slipstream of a number of shameful Danish deflections every time a dictatorship has threatened retaliation: who does not remember how peaceful Tibet protesters in 2012 were removed, and had their Tibetan flags torn out of the hands by the police, so that Hu Jintao should not be offended at the sight of them? Or when the then (Social Democratic) Prime Minister Poul Nyrup Rasmussen in 2000 did all sorts of maneuverings not to meet the Dalai Lama in his capacity as Tibetan head, but would only meet with him at Kastrup Airport in the Dalai Lama's capacity as Nobel Prize winner. Incidentally, it was the same Nyrup Rasmussen who in 1996 tried to deny Salman Rushdie entry into Denmark because Ayatollah Khomeini had called a fatwa upon him.

But it is not just Social Democratic governments that bow their necks and cower: in 2009, while Lars Løkke Rasmussen was prime minister, a large parliamentary majority (minus DF and EL) adopted a so-called verbal note that backed Communist-China's political line towards Tibet - and even opposed Tibet's independence. It was this verbal note that almost 10 years later made China most graciously lend two pandas to Denmark. A "gift" Denmark was so grateful to receive, that millions were spent on letting Bjarke Ingels design a special house for the teddy bears so that they could live in a stately manner.

The examples of Denmark's kneeling and appeasement policy towards Communist China and other totalitarian states are now legion, and the current government's refusal to meet with Ted Hui - or even to utter just the tiniest bit of cautious criticism of Communist China's conduct towards Hong Kong, can in that context almost be referred to as business as usual. Nevertheless, it is precisely that circumstance that makes it extra important to protest loudly and vociferously. Otherwise, we are extending the framework of the democratic normal to a point where the rules of democracy and the freedoms that carry it are effectively rendered irrelevant.

Let me remind you that the government's timid appeasement policy and refusal to speak out on behalf of the Hong Kong pro - democracy Democrats comes right on top of the Prime Minister's own blatant disregard of the legal guarantees in our own Constitution. Two events that testify to a government and a prime minister who seem to have it all too easy to find considerations that weigh heavier than the cornerstones with which we have built our freedom and our rule of law.