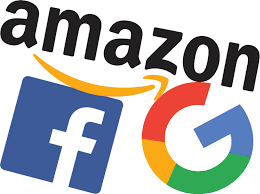 If you belong to the relatively large group of politicians in particular who have not previously taken the power of the tech giants over freedom of expression seriously, the events of the past week should be an eye-opener. For Mark Zuckerberg, who has never been elected to public office - let alone excelled at anything other than having invented Facebook, curtailed the freedom of speech of the then incumbent president of the world's (yet) most powerful democracy.

Since President Trump was blocked Thursday last week, virtually all of Silicon Valley's tech companies have followed suit and blocked Trump from their platforms, thus effectively shutting him down. It is an unprecedented demonstration of power carried out by private companies with a power not hitherto seen.

For it does not stop at the companies' almost total power over our freedom of expression, but goes far beyond: just think what personal information only Google (but also Facebook and Twitter) has on almost all of us and what surveillance options it gives them. Combining these factors, we are well beyond the horror scenarios of Orwell's 1984.

Add to this the disturbing fact that these are private companies which are essentially exempt from the requirements of openness and transparency to which the public administration is subject: they can do pretty much whatever they want with this information without anyone checking them, and without being held responsible for how they (mis) use them and / or monitor us.

The power of the tech giants over us and our lives today far exceeds the power of the state: they decide de facto what we must hear, what we must say, what is truth and what is a lie, what is to be promoted and who, and what, may be criticized. Just think of Facebook's censorship and blocking of anyone who mentions Tommy Robinson's name, or Google's ditto of anything the tech giant finds critical of, or contrary to, WHO's information and / or the authorities' efforts in relation to the covid-19 epidemic.

There are many indications that Silicon Valley's tech giants have simply been waiting for an opportunity to shut up their opponents - and that Trump supporters' attacks on the Congress building were a welcome opportunity to not only shut up the President, but also on many others on the same occasion. Eg. Trump's former chief strategist Steve Bannon, Republican Senator Ron Paul - and Brandon Strakas and his WalkAway Campaign (which counts hundreds of thousands of followers who have left the Democrat party in favor of the Republican party). Add to this the joint closure of Parler by Amazon and Google, the conservative platform that emphasizes freedom of speech and which does not censor its users. And, the other day, Fox News´ Tucker Carlson stated that the new tech powers also had plans to shut down Fox News - which, however, has not come to fruition. Yet.

It is astonishing, to say the least, that no state has intervened against this power grab, which is indeed the case, because there has certainly not been a lack of warnings in recent years. An exception is Poland, whose Minister of Justice has announced a new law under which social media can be fined up to 1.8 million. Euro if they block or censor users to post statements that are otherwise legal under Polish law. An excellent idea and an obvious way to regulate the tech giants who have achieved monopoly-like status.

One thing is for sure: if Western democracies do not intervene now and actively take back the power the tech giants have conquered from the nation states, the citizens' confidence that the state can protect them and their rights will quickly disappear. And, if the population first loses confidence in the state, democracy and the state of law and welfare we have so far taken for granted will also disappear.