The Future of Lebanon

A balance sheet drawn up of the developments in, and concerning, Lebanon since the Valentine’s Day 2005 murder of former Lebanese Prime Minister Rafiq Hariri would reveal a cautiously optimistic trend for the country’s future

Hariri’s loss, the subsequent spate of explosions and assassinations of prominent political and media personalities, the lingering uncertainty about the status of an armed Hezbollah, and the still unfolding drama of the international investigation into the Hariri killing—all these could be chalked up in the roster of negatives. On the positive side one can list the March 14 million-plus mass rally in downtown Beirut that brought a hitherto fragmented country together for the first time in decades; the termination on April 26 of Syria’s 29-year armed occupation of Lebanon; the holding in June of the first parliamentary election in Lebanon free of any direct Syrian influence (except for the Syrian-crafted electoral law that survived from the previous era); and the overwhelming international support for a free and sovereign Lebanon embodied in the coming together of the UN, US, EU, Russia, and key Arab states like Egypt and Saudi Arabia through a number of Security Council resolutions demanding the departure of the Syrians, the disarming of Hezbollah along with the Palestinians in Lebanon’s refugee camps, the dispatching of the Lebanese army all the way to the international border with Israel, and creation of a UN investigative team to uncover those who planned and carried out the blowing up of Hariri’s motorcade as well as the insistence that Syria cooperate fully in this investigation.

To stop here would be to offer a two-dimensional picture of an essentially convoluted and dynamic situation. The potentials for regression remain real and transcend the surface dangers enumerated above. For example, Lebanon’s stagnant economy suffering from a close to 40 billion-dollar debt and near-zero growth—not to mention endemic corruption—desperately needs a prolonged period of calm and political stability in order to begin a slow recovery. A donor-nation international conference due to be held in Beirut in early 2006 promises the arrival of some modest relief; however, the road ahead is long and arduous. The mischief that the Syrian regime is still able to perpetrate inside Lebanon should not be underestimated, particularly as the screws of the international investigation tighten further on Damascus. That said, there is hardly anything the weakened Syrians can do from this point on that will restore their evaporated hegemony over their smaller neighbor to the west.

Some worry about America’s staying power in Iraq, and by extrapolation they view Washington’s continued commitment to upholding a sovereign Lebanon as an even flimsier proposition. Regardless of what one thinks about how and why the US got into Iraq in the first place, too much is at stake there right now for the US to simply walk away. An accurate reading of the debate over Iraq in America would reveal that it isn’t so much about how to quit Iraq as how to win Iraq. A lot is also riding on success in Lebanon—nothing less than the credibility of President Bush’s democratization strategy for the Middle East as a whole. And so far Lebanon has proven to be a relatively easy win for Washington in that regard. This is mainly because of all the Arab states Lebanon is the only one with a genuinely proven track record of freedom and a homegrown version of consensual democracy that works well in regional terms when external attention directed at the country is benevolent rather than predatory, which is the case at present. Lebanon also emerged during summer of 2004 as a convenient focal point for some urgent transatlantic mending of fences, particularly between the US and France. International cooperation over the Lebanon issue has been admirable in contrast to the near total absence back in spring 2003 of such cooperation concerning intervention in Iraq. None of this is about to be scuttled because the Syrians are acting defiant, or because Hezbollah, with the continued support of Damascus and Tehran, is refusing to lay down its arms.

This is clearly an extended period of transition for Lebanon; the question is: transition to what? Certain scenarios are no longer feasible as they were back in 1975 when war exploded so viciously on the Lebanese scene. Internecine factional fighting, for instance, is one of these unworkable scenarios, as recent unsuccessful attempts by Syria to bring back the barricades to Beirut’s streets and neighborhoods have demonstrated. Carnage between Christians and Muslims did not ignite following a series of calculated bombings in Christian areas and the targeting of a number of high-profile Christian figures. Nor did Lebanese-Palestinian fighting resume when Syria’s agents stirred up the matter of armed Palestinian groups inside Lebanon who take their orders directly from Damascus.

The unprecedented attacks on the late Hariri’s son Sa’ad, and on his close associate Lebanese Prime Minister Fouad Seniora, in President Bashar Assad’s November 10 speech, did not precipitate a Sunni-Shiite clash in Lebanon as may have been the intention. And a transparent attempt in late November to foment street riots over the high cost of fuel oil with a view to toppling the Seniora government also failed to produce the desired effect. The bag of hackneyed tricks is fast emptying out.

Continued international support for a free Lebanon depends primarily on the Lebanese remaining united in their refusal to be drawn into the cauldron of suicidal civil strife. After years of senseless auto-destruction and corrosive Syrian occupation the people of Lebanon appear to have learned their hard lesson. They continue to be at odds over many issues—some, like Hezbollah’s arms, of vital national importance. But they are drawing the line at a return to the orgy of self-annihilation. Pressing priorities like economic recovery, electoral reform, the overdue fight against waste and corruption, restoration of an independent judiciary, and the beefing up of internal security will force themselves on a population and its leaders eager to turn over a new leaf and start afresh.

Sappho's note:
We received Habib C. Malik's article before the current international row over Jyllands-Posten's Muhammad cartoons broke out. Despite the recent turmoil in Lebanon, we have agreed with Dr. Malik to publish his article without changes. 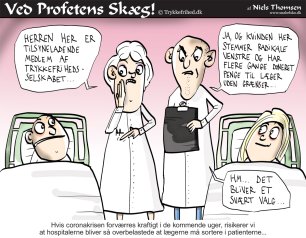 END_OF_DOCUMENT_TOKEN_TO_BE_REPLACED

Does Free Speech Union give hope for freedom of expression in England - or is it just an elitist project?