Soon after publishing "Muslim Prayers of Hate"—which linked to an Arabic video containing various Muslim clerics invoking Allah to strike their enemies with pain and disease, including cancer—YouTube removed the video.

Researching the web in connection to another article (dealing with the Muslim Brotherhood's assertion that all who reject Sharia law are "drunks, druggies, and adulterers"), I came upon a "related video" of none other than Sheikh Abdullah Nihari—the most animated of all the clerics in the original video removed by YouTube.

This version (above) also provides more context: apparently Nihari's rage is directed at those "Westernizing" Muslim authorities who, while limiting Quran/Islamic studies, do little to prevent the spread of "alcohol, drugs, and adultery."

(Read the article and see how other high profile Muslim leaders "pray"—including formal Mecca prayers supplicating Allah to make the lives of Christians and Jews "hostage to misery; drape them with endless despair, unrelenting pain and unremitting ailment; fill their lives with sorrow and pain and end their lives in humiliation and oppression.")

At any rate, one need not understand Arabic to appreciate the intensity of the hate in these "prayers": watch the video from 00:36 on (before it, too, is taken down) and see the gesticulating Sheikh Nihari issue his curse—all while striking the floor with a stick, hurling a picture, and pounding on the wall. 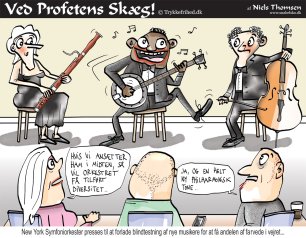