On January 18th 2020, Tommy Robinson was awarded the Sappho Award by The Free Press Society (Trykkefrihedsselskabet af 2004) in Landstingssalen at Christiansborg Palace in Copenhagen, Denmark.

Christiansborg Palace is also the seat of the Danish Parliament (Folketinget) and until 1953 Landstingssalen was used by the now defunct Danish House of Lords, Landstinget. The award should originally have been given to Tommy Robinson in 2019, but due to Tommy Robinsons incarceration it was postponed to early 2020 instead. 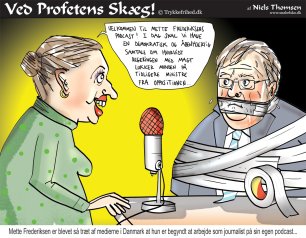